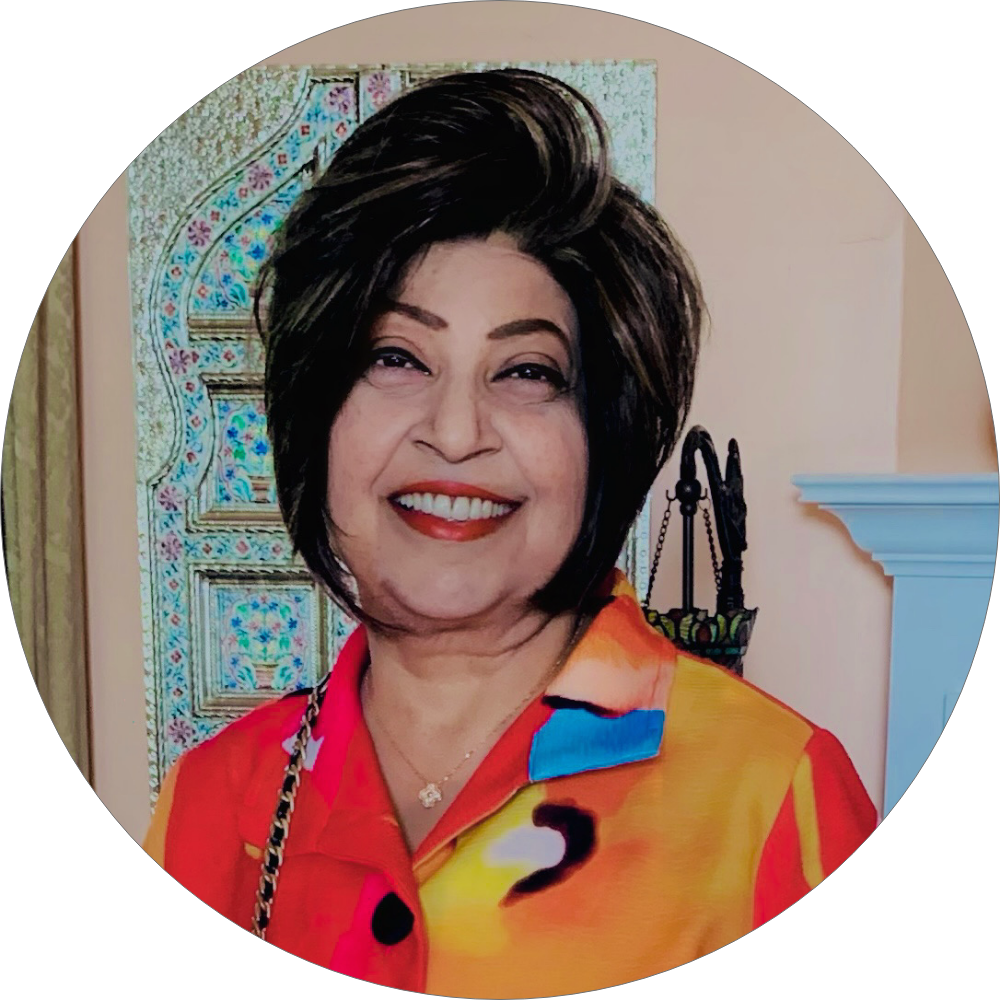 Dr. Aisha Zafar is a graduate of the King Edward Medical University and an internal medical doctor. She resides in Indiana, USA and has supported numerous charities over the years, including being the chair of APPNA Social Welfare and Disaster Relief Committee for several years. Additionally, she has held elected offices of being the president of King Edward Medical College Association of North America (KEMCAANA)
She has been instrumental in delivering 4000 corneas to the poor in Pakistan through her various efforts. She has been awarded the APPNA Humanitarian of the Year Award in 2018 and APPNA Gold Medal in 2021. In 2013 Thaakat Foundation recognized her as an exceptional woman during the celebrations of International Women’s Day. She has served in the Board of Trustees of KEMCAANA. She has been involved in numerous APPNA charitable projects, including the 2004 Pakistan earthquake 2009 internally displaced persons of Khyber Pakhtun Khwa relief project, Karachi Heat Wave of 2015 project, overseeing water project of water wells in Thar.
She continues to be active in the Pakistani expatriate community in the USA and serves on boards of several charities in the USA, including the Zafar-Mir Foundation.
We use cookies on our website to give you the most relevant experience by remembering your preferences and repeat visits. By clicking “Accept All”, you consent to the use of ALL the cookies. However, you may visit "Cookie Settings" to provide a controlled consent.
Cookie SettingsAccept All
Manage consent

This website uses cookies to improve your experience while you navigate through the website. Out of these, the cookies that are categorized as necessary are stored on your browser as they are essential for the working of basic functionalities of the website. We also use third-party cookies that help us analyze and understand how you use this website. These cookies will be stored in your browser only with your consent. You also have the option to opt-out of these cookies. But opting out of some of these cookies may affect your browsing experience.
Necessary Always Enabled
Necessary cookies are absolutely essential for the website to function properly. This category only includes cookies that ensures basic functionalities and security features of the website. These cookies do not store any personal information.
Non-necessary
Any cookies that may not be particularly necessary for the website to function and is used specifically to collect user personal data via analytics, ads, other embedded contents are termed as non-necessary cookies. It is mandatory to procure user consent prior to running these cookies on your website.
SAVE & ACCEPT